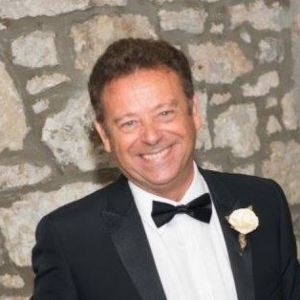 Bill Springate was born in Greenwich, London, England. Bill has performed as
a musician/Entertainer since the age of 16. Performing throughout the U.K.,
Europe and now Canada. Bill Springate Over his Musical life he has worked
not only to promote his own bands, but has performed as a session musician,
backing numerous top ensembles and touring acts. He also had the opportunity
to play lead guitar for The Foundations, Johnny Johnson & the Band Wagon
and England’s singer and comedienne Faith Brown. Bill has made Canada his
permanent home since 1974. Living first in Montreal where he studied at the
Faculty of Music at Sir George Williams University, then in 1985, he made the move
to Ontario. He has made a name for himself playing Clubs, Special events and
Private functions and touring throughout the Toronto, Mississauga, Peel and
Durham region. As a musician and performer, Bill covers a broad range of musical
styles from the fifties through to the current time: Pop, Pop Classics, R&B, Soul,
Motown, Reggae, Country and Jazz. Bill presently is providing great DJ and
Karaoke Services for all kinds of celebrations and Events and when not working solo,
he can be found playing with his 3-piece band, THE BRS BAND or running charity events
all over Ontario.
In early 2021, Walter Scott James asked if he would consider hosting the
Canadian Indie Country Countdown Show BACK 50 a weekly show, showcasing
Canada's best Independent Country Artists. Bill had never worked radio before
but said he would give it a try to see how he would enjoy it and now a year later
( early 2022 ) is the regular host each week interviewing artists and counting down
the best songs in the country.

This broadcaster is not presenting at any time