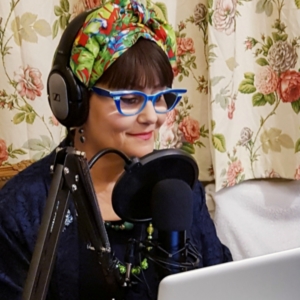 Born into middle-class squalor in Ireland, the youngest of five girls, I was my parent’s last chance to create perfection.

Tiring of rain soaked greenery, my parents decided a change of environment was needed so we headed to the north Highlands of Scotland, which proves my parents had an odd sense of irony.

Hoping that the gold paved streets of Canada would offer solace, we packed up and went west. We arrived in Calgary, Alberta just in time for the recession of 1981.

It was in Canada that I developed my love of music as the winters are very long and nothing beats the blues like a jaunty tune.

I even took a foray into being in a band. We performed world music with a rumba flamenca infusion and for a brief moment, we lived the dream.

Working in industries as diverse as oil & gas, architecture & interior design, Family Law and healthcare, I learned that despite our differences, we still need coffee to function.